What is Bagging and Why is it Important for Cavendish Banana 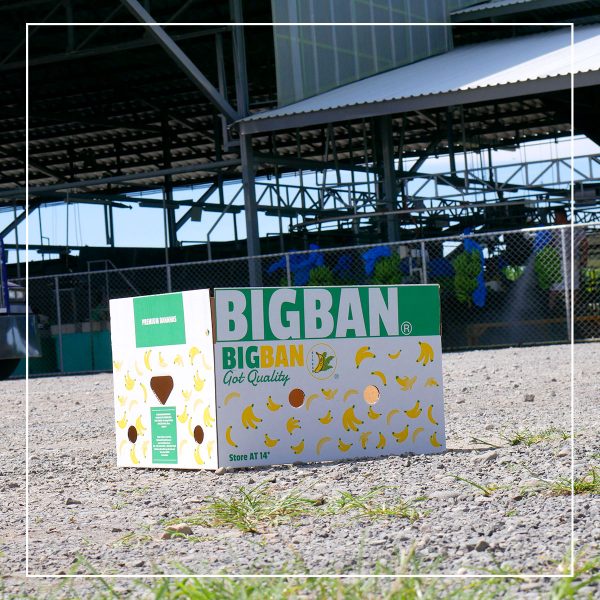 Quality is the most important aspect of Cavendish Banana production, and to produce a final product
with high standards it’s necessary that every step throughout the production chain be done properly.
From planting the best possible plant, to making sure the banana gets placed in containers correctly,
and every step in between has a clear procedure that must be completed or else the risk of having a
damaged banana is considerable. As bananas have become a staple product in the diet of every single
country across the globe, the production of this fruit has become highly advanced and reliable. One of
the most important pieces of the puzzle is bagging a banana bunch, which is the practice of placing a
bad over the banana bunch while still growing on the banana plant.

This technique dates back centuries according to some studies, but mass commercial purposes where
first started in the 1930’s, when covering banana bunches with hessian was found to protect them from
cold weather as well improving the overall fruit quality. The practice evolved to using paper bags, which
was later replaced for PVC bags, and ending in the use of a cheaper alternative which are the famous
blue polyethylene covers. Nowadays the color varies from producers but the blue has been a staple of
banana fields all across the globe. The use of color has its purpose as well, farmers quickly realized that
transparent bags burned the bananas, causing black spots where the bag touched the fruit. Bagging was
quickly adopted industry wide as the benefits where clear, yielding much higher quality of bananas, as
well as having less waste as the fruit was better protected against various adversities.

The benefits are the reason why bagging is highly important for Cavendish Banana, the most important
ones are:

Bagging the banana bunches creates a microclimate for the fruit maintaining high temperatures, as well
as preventing the fruit from being negatively impacted from cold weather fronts. According the various
studies the temperature inside the cover is 3-6 Celsius higher than ambient temperature, with variations
between 0.5 and 0.7 Celsius, depending on the time of day. This microclimate creates a huge advantage
as it reduces the amount of days it takes to harvest the plant, which can mean from 4 to 14 less days.
Another advantage is the weight of the bananas produced, which is higher than the non-bagged
counterparts. Humidity is also influenced, as it is higher when the bunch is covered by the bag.

High temperatures, and direct sun light as a problematic issue for bananas as they’re prone to sunburn,
causing yellow spots in the tips of the fruit. This usually happens when the temperature reaches 38
Celsius mixed with bright sunlight. Bagging avoids this problem by using reflective coating and in some
cases putting paper in between which helps blocking the sun rays directed towards the fruit. The
advantages of bagging in this case are maintaining a high quality in the fruit, avoiding production losses.

Usually connected to pests are insects or small animals such as rodents, but Cavendish Bananas are a
great target for birds. Bananas are a great source of food and energy for many kinds of birds that live in
the regions where Cavendish Bananas are planted. Bagging has come to be the ideal method to combat
them, preventing them from damaging the fruit. Other kind of pests are insects such as beetles and
wasps, which can be prevented from doing damage to the fruit if early stage bagging is applied. Fungal
diseases are another threat to the banana plant which is highly reduced when bagging is used. Studies
found that when using polyethylene covers Pyricularia grisea, Musicellium theobromae, Cercospora
hayi, Fusarium moniliforme, F. solani and F. pallidoroseum fungi did not affect the plant as much as the
non-bagged counterparts.
Types of banana bagging techniques include double bagging, semi-early bagging, individual hand
bagging, Daypa bunch protectors, and neck protectors. The technical aspects of the cover are as follows.
Generally, the cover is made out of 0.8mm thick polyethylene with perforations every 76mm which are
12.7mm in diameter. The usual size of the cover is 90cm in diameter and 155cm long. The color as
mentioned above can vary from producer to producer but the commonly used color is blue. The
importance of the color is the fact that is acts as a filter of photosynthetically active radiation, known as
PAR. Blue covers let in 73% of these wavelengths, and transparent covers let in 93%. Despite this
difference the blue cover yields heavier bananas and avoids burning that can occur with transparent
covers.

The process of placing the cover is also important for the quality of the Cavendish Banana, as it must be
placed at first unfolded from the bottom to the top. Once placed it must be tied in a knot, but not any
type of knot, it must be high and tense to prevent water from accumulating at the top of the bunch. If
water gets accumulated it intensifies the rays of sunlight, possibly burning the fruit. There must also be a
lot of car when placing the cover as it can damage the banana by scraping it.
Covers used during the bagging process can also be reused for the next harvest season. This is done by
taking the cover of carefully, protecting its integrity, and placed in the pile which is sent back to the
processing plant. The used bags are sorted, washed, and then dried for 4 weeks so they can achieve a
completely dry state. Bags can be reused from 3 to 4 times, depending on the wear and tear. Depending
on the producers the bags can later be taken to a special plastic processing plant where they are
recycled for many different uses, which can include the corner boards or edge protectors.